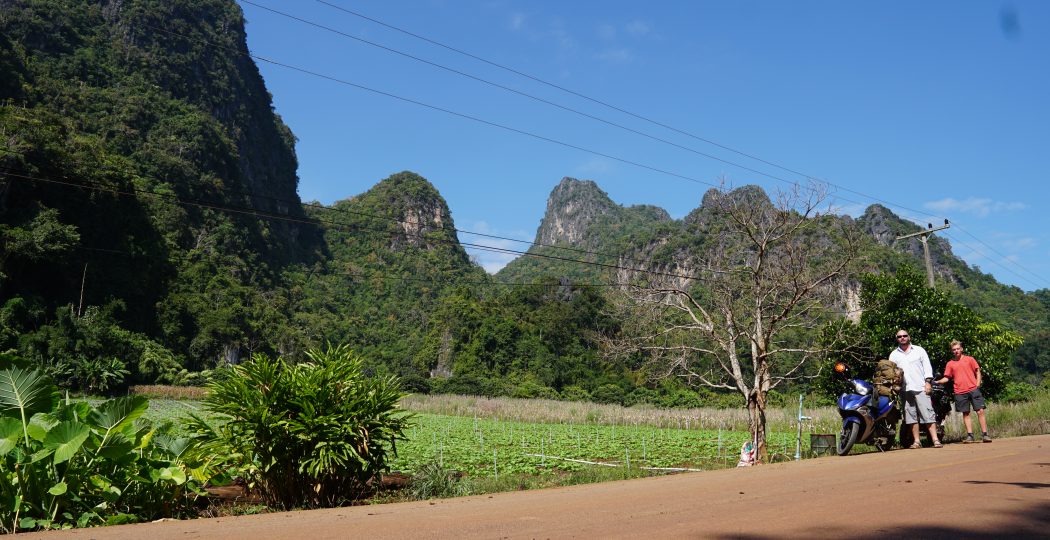 This was one of the many trips I got to have with my son, as he was staying with me in Northern Thailand for 4,5 month. Plan was to make 2 overnight stops on our way to Doi Ankhang in the very north of Thailand, not far from the Myanmar border. So, the first stop was to be at a campsite I had visited earlier in 2018, the Mon Pha Mok camping just south of Chiang Dao. A very nice campsite, with a good view, and little to no light pollution, so the stars were clear and beautiful. But, we were unlucky. Went alle the way at the small and winding roads to get there, only to find the gate closed and locked.

But, we were not out to live by a tight plan, so we just took off to find another place to sleep. Went clock wise on a loop that we would otherwise not have seen, and it was truly a nice area. About 4 pm it was time to find a place to camp, and when I spotted a place close to the road, nice trees, clean grass and a restaurant close by, we stopped. Asked the restaurant if we could set up camp for the night at the land. They were not too happy about us camping there, it was not for camping, but we were most welcome to set up camp in their “backyard” down by the river. SO much better. Even gave us access to toilets. It was private property, but they were very friendly.

Next morning we took off again, and now we were going to meet up with some friends a bit west of Chiang Dao, to camp there for the night. I had passed the area we were to camp at several times, but never got around to get a closer look at it. It turned out to be quite nice, though it had become a bit more touristed over the years, than I remember it when I saw it the first time some 10 years ago.

We decided to go as far away from the established campsites as possible, for the peace and view. It was a good place, though a bit of a challenge to get the hammocks up hanging with the lack of trees. Jacob got the best idea right from the beginning, and he was just waiting for me to fall to the ground next to him, having made a bit of a questionable compromise on my settings. 🙂 But it worked, nothing to laugh about.

The morning up there was FANTASTIC. On my way out of the area I got to shoot this pic of the sunrise over the mountain Doi Luang with the mist in the valley. Air was clean and clear, fresh and cool.

From here we went further north, to reach Doi Ankhang. Fantastic landscape to travel through and we took it easy. No rush at all. The night at Chiang Dao had been a bit cold, so we were curious to find how, if our gear was suitable for the night high op in the mountains.

It was a beautiful ride op there. But it certainly also got colder at we got higher up, and when we finally reached the campsite, we were sure it could end up being a cold night in hammocks. Usually people uses tents, and one can also rent both tents, sleeping pads and sleeping bags up there, but we brought our own gear. Hennesy Explorer hammocks. Very good, but in windy cold conditions, not so much.

Next morning we decided to head back home. Almost 200 km to Chiang Mai, so we took off relatively early. We were lucky I asked the soldiers at an intersection further down the mountains, if the road out directly to the main road was blocked for motorbikes too. This is, we went up on a backroad to the camp, about 40-50 km on small winding roads, and I was not keen on doing that trip back again But the 10 km stretch to the main road from Doi Ankhang was blocked because of roadwork. But a it turned out, then motorbikes were permitted to pass, and so we did. 10 km with absolutely nobody on the road. It was nice.

On our way back, we came across the very spot I had been looking for for years. Like avatar land. Was so happy to finally find it, that I wanted to make a good shot of it, with my son and I, and the mountains in the background. One thing I came to understand during my 4,5 months with my son was, pull him out of the house, take away internet connection and he shines. Initiatives by initiatives just came rolling, and he was creative, sharp and thinking with his feet solid anchored in the ground. This time however was maybe not quite his brightest moments. 🙂 He had the idea, that we could get a much better shot of the mountains and us with the bikes, if we were closer to the fields.

Initially it looked as if it was a small task to get out of there, so I told him I would ride further down the road, to see if we had a better spot for the picture. But 20 minutes later and I had no sign of him, I returned, just to find the kid working HARD to pull his bike out of the mud. Not one singe complaint came over his lips, he just got working. A truck with water came by not long after, hit the breaks, and out came 2 local thais. They saw us struggling (or my son struggling, I was busy taking pictures) :-), and they came to aid.

We made it back home without any other incidents. It had been yet another fantastic trip. 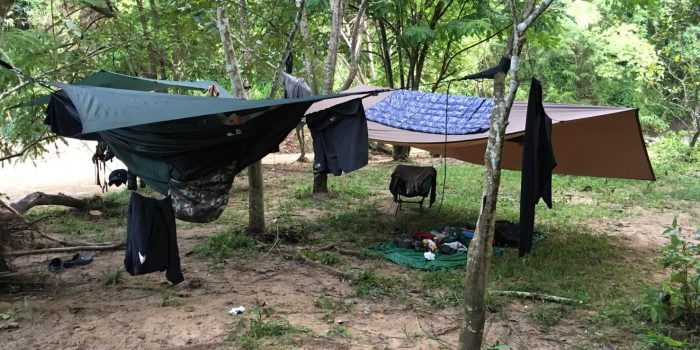 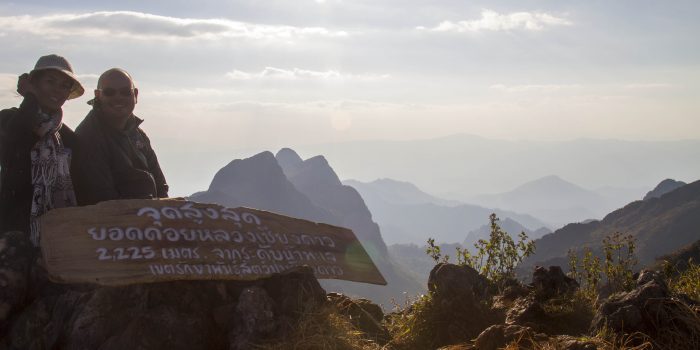 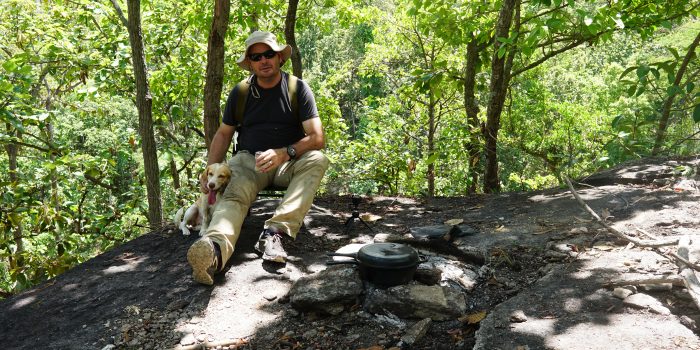 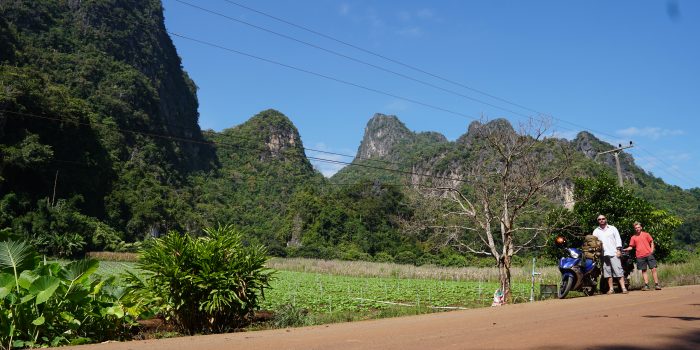 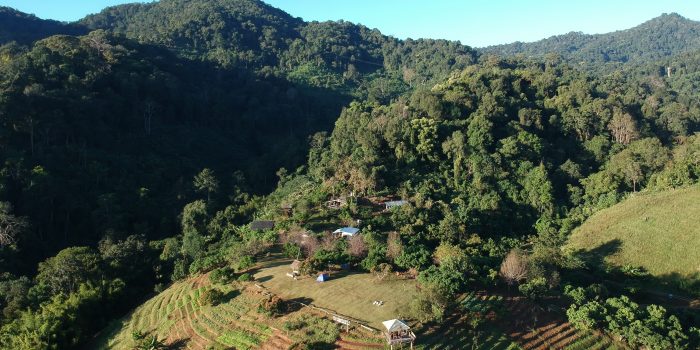